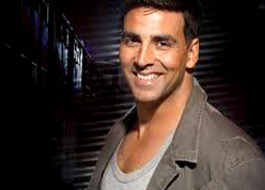 News is that Akshay has got Salman on board to do a voice over for the concept promos of his next film Oh My God that will be release with Rowdy Rathore.

The said Oh My God promos will be the first of its kind, which will introduce the idea of a concept driven teaser based on the main story of the film and establish the character of its protagonist Kanjhibhai.

Oh My God, which is directed by Umesh Shukla, stars Akshay, Paresh Rawal and Mithun Chakraborty.

If Sanjay Leela Bhansali has his way, his sister Bela Bhansali Sehgal’s directorial debut Shirin Farhad Ki Toh Nikal Padi would have got its first and exclusive theatrical glimpse along with Rowdy Rathore which Bhansali has co-produced.

Unluckily for the protective brother who wanted only one trailer, that of his sister’s film, attached to Rowdy Rathore, the film’s co-producers UTV had other plans .Other trailers have also found their way into the realm of Rowdy.

Admits Bela, “Much as I wished it, my film’s trailer couldn’t be the only trailer with Rowdy Rathore. It is UTV’s production too and they wanted to put other trailers. But my trailer will get a head start. It will be shown just before Rowdy Rathore starts.”

Siddharth Roy Kapoor of UTV however denies that there was any stress over the inclusion of trailers other than that of Bela Bhansali Sehgal’s film. “Sanjay Bhansali and UTV were both happy to include the trailers of Akshay Kumar’s production Oh My God and Rohit Shetty’s Bol Bachchan. It was a collective decision.”

Starring Akshay Kumar and Sonakshi Sinha, UTV’s Rowdy Rathore produced by Sanjay Leela Bhansali and co-produced by Shabinaa Khan promises to break the stereotypical boundaries of the action genre and is scheduled to release June 1, 2012 ”

If that wasn’t enough, director Prabhudeva has decided on throwing a party at his Chennai residence with the lead actors Ravi Tejaa, Sudeep and Karthi from the Tamil, Telugu and Kannada versions of Rowdy Rathore. On learning that Akshay was part of the song, Vijay, a huge Akshay Kumar fan, jumped at the opportunity

Says Vijay “I have always been a fan of Akshay Kumar since his Khiladi days. They were very friendly and I won’t ever forget the experience shooting for the song. Prabhudeva just had to ask me once and I readily agreed. Prabhudeva was keen on having Tamil actor, singer and dancer Vijay whom he directed in the very successful Pokiri, do a cameo in the film. The two time Tamil Nadu State Film Award winner Vijay, who is currently shooting for A R Murugadoss’ Thuppakki in Mumbai, was roped in by director Prabhudeva for a friendly jig with Akshay Kumar in the street anthem ‘Chinta Ta’ from the action-entertainer Rowdy Rathore. The promos of Rowdy Rathore are very interesting.

The trailer of Dibakar Banerjee’s upcoming political thriller Shanghai is making waves and the buzz to know more about the film has really increased. Starring Emraan Hashmi and Abhay Deol as we have never seen them before, Shanghai, based
on Vassilis Vassiliko’s novel ‘Z’ about the real-life assassination of a dynamic politician set in an Indian context is set to release on June 8th.
In the trailer, the song playing is ‘Bharat Mata Ki Jai’, which already has fans ready for the full OST by Vishal-Shekar! Of course, it is complete, but T-Series has now decided to add a Sufi song which will be a part of the film. Emraan and Arabic Sufi songs are a formula for success. In fact, Emraan Hashmi has done many films which has Sufi songs in it, the most recent being ‘Ishq Sufiyana’ from The Dirty Picture.
Agreeing to the concept, Dibakar said, ‘a film is not complete without adding a Sufi song and especially when Emraan Hashmi is there as your actor. Sometimes, you have to go with it’.
We hear the song is finalized and is set to be shot as early as possible. Let’s see if the combination of Sufi Song and Emraan Hashmi again hits the heart of the audience.